Here we present a raking chart with all of Angel Olsen’s albums, according to specialized critics. 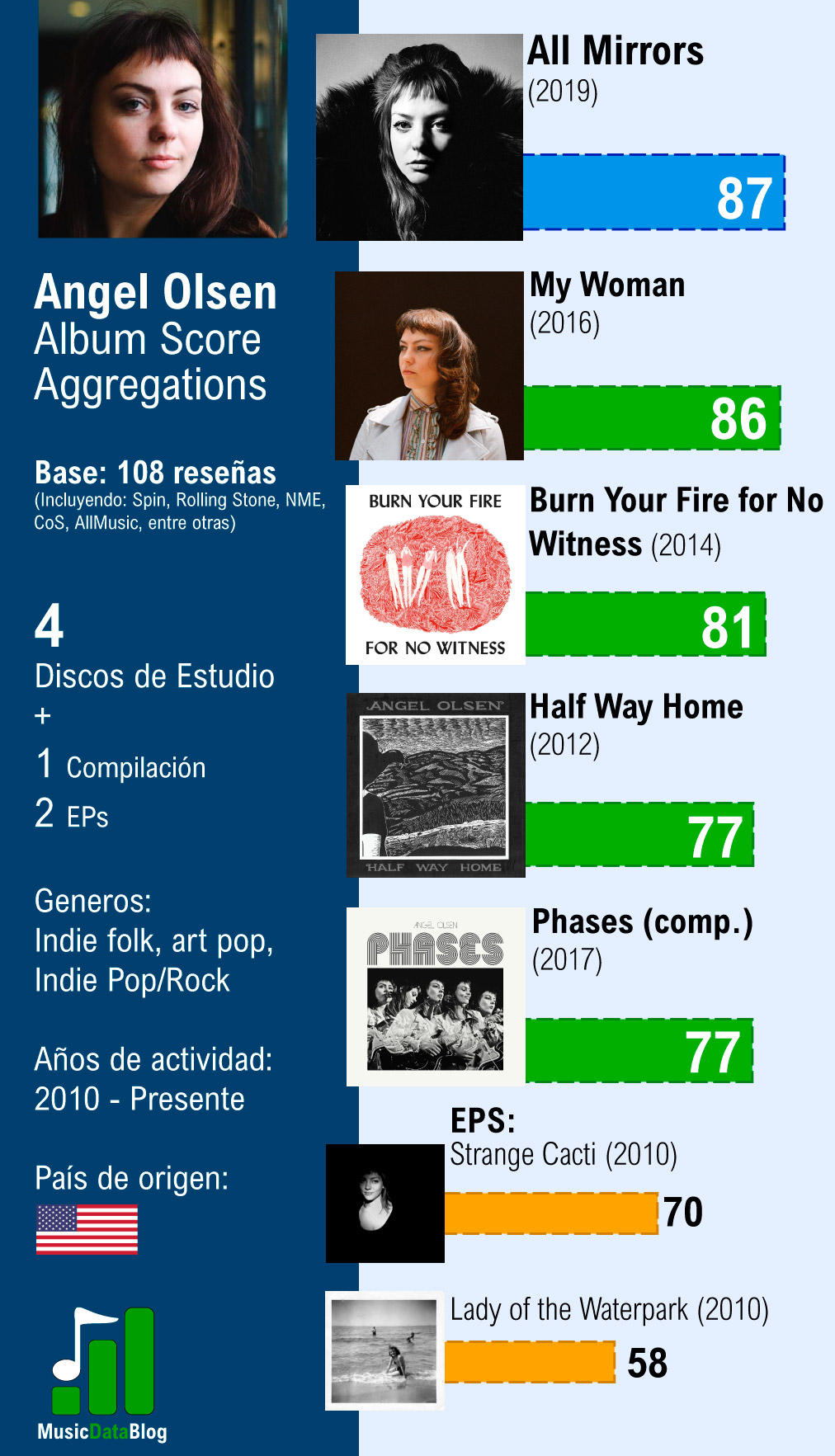 Most music critics agreed that Angel Olsen’s latest work, All Mirrors, is one of her best efforts to date. Personally, even though this is a really good album, my favorite album from her is My Woman, which was also praised by the music press in general.

As additional information, this infographic covers one compilation album (a pretty good one, actually) and two EPs from his early career.

All Mirrors, as seen in this chart, is regarded by music critics as Angel Olsen’s best work yet. It is an album that has a really “big” sound in terms of production and instrumentation, something that really stands out, especially when compared to her first releases. Some of the album’s best tracks are Lark, New Love Cassette and Spring.

My Woman is an album that has great production, lots of creative songwriting, and is wonderful in terms of instrumental execution. With just a few instruments on the spot, Angel Olsen’s great voice capabilities can be appreciated in all her glory. Some memorable songs from My Woman are the single Shut Up Kiss Me and the title track.

Said the above, her other releases are also great pieces of work. Burn Your Fire for no Witness has a similar approach to my woman: simple and effective, with wonderful songs such as Forgiven forgotten and High Five.

Other releases by Angel Olsen include Half Way Home and the compilation album Phases. These two albums are really stripped down in terms of instrumentation, but that doesn’t mean that songwriting quality and vocal performance are not great. In fact, these two albums are great to appreciate Angel Olsen’s talent through really simple tracks.

So actually, it turns out that Angel Olsen has no bad album under her belt. In fact, her song-crafting and writing have been getting better and better over the years. Any of her albums is definitely a good listen.

The information in this infographic is taken from the 108 reviews added in Album of The Year about Angel Olsen. At the time when this chart was made, Angel Olsen’s 2022 album, Big Time, was not yet released so therefore, was not included.