About Florence + The Machine Lyrics on Ceremonials Lyrics by Florente Welch (AKA Florence + The Machine) usually build complex images with words: from vivid dreams to lost summarized memories from the darkness that finally reaches enlightenment in at love encounter. Here we can see some common references that the british dream pop singer makes on her sophomore album Ceremonials, from 2011.

As seen on the image above, her most mentioned words are Never, Lover, Light, Night, Up and Down and Shake (because of the track Shake it out repeating chorus, a big hit). Let´s check out some other notable phrases on Florence + The Machine lyrics.

Let´s start with one favourite track, the forementioned Shake it out, which features quite an up and down figure: Another stand out track: Only if for a Night. In the picture below we can read another common metaphore on Florence Welch´s lyrics that works with ritual imagery and enlightenment, also constructing some kind of dream she had. According to the singer´s own explanation, it´s about her grandmother: 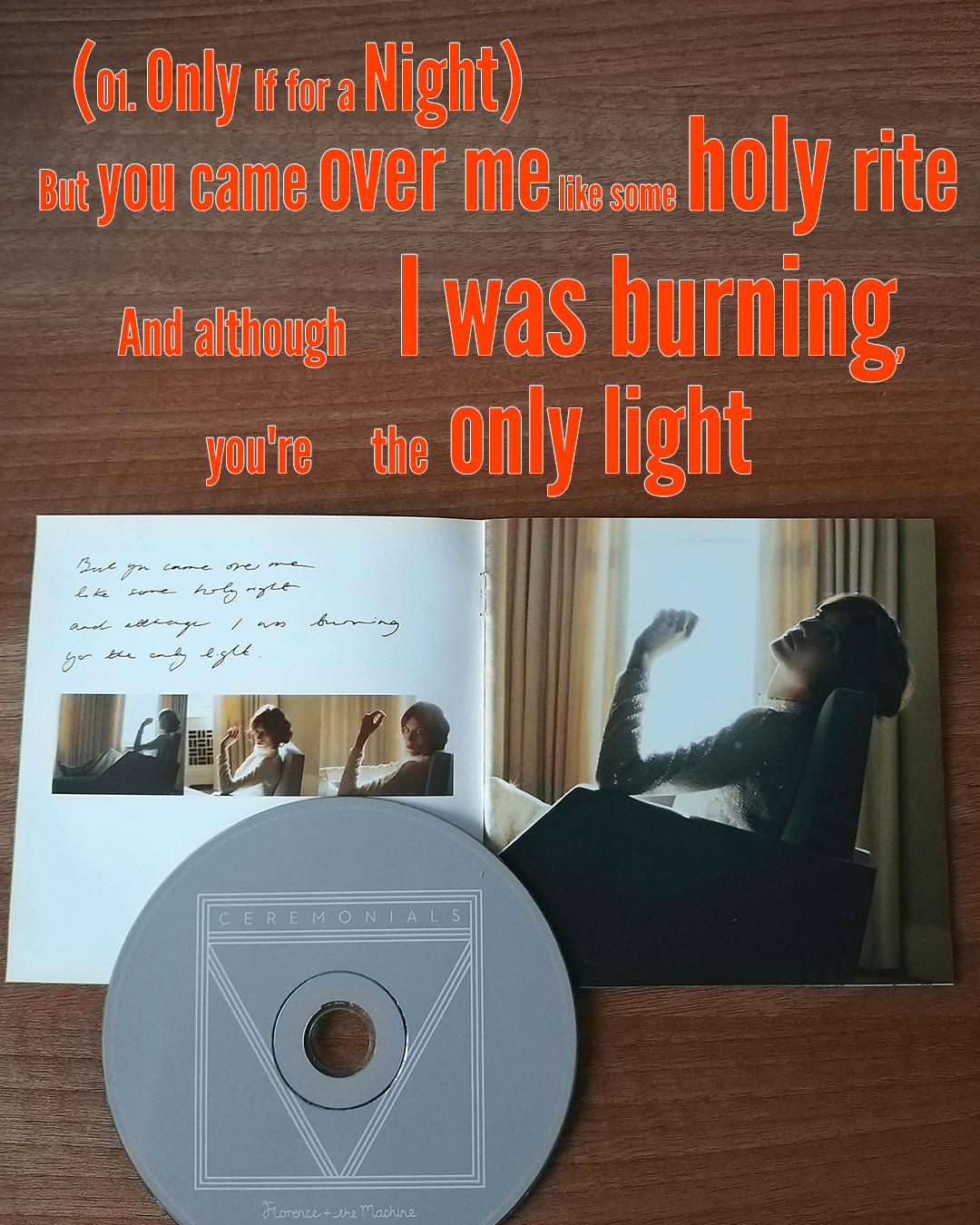 Florence + The Machine´s lyrics usually refer to contradictory feelings, as a passage from darkness to light (or viceversa). Also, she usually sings about despair and salvation, perhaps not in a religious way but certainly in an existencialist sense. Surely Florence Welch wonders a lot about her soul and the meaning of life, love, existence and death.

The light, the brightness are moments of the soul: References to fear, being frightened and being scared are also common on the singer´s output. Of course we may think about this as a reaction to some of the deep questions that she is throwing at herself, as mentioned above. And that fear has a particular side effect, as a if we were talking about some kind of inner aggression that she is holding. Here we have a sample on that, from the excellent No Light No Light, perhaps one of my favourite songs from her: This was just a quick review about some of the topics that Florence + The Machine constructs in her lyrics on the famous album Ceremonials. Some of these references, specially the ups and downs and the fear, remain on her other work. Her most successful piece of work, at least for now. We certainly hope to hear something new from her powerful voice soon…